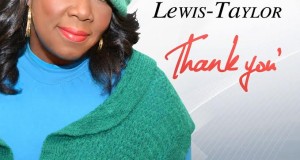 “Thank You” Tonya Lewis-Taylor From the CD Delayed But Not Denied www.tonyalewistaylor.com “Thank You” is a contemporary gospel song delivered energetically by Tonya Lewis-Taylor, who seems to summon her estimable vocal strength from within several vital organs to offer a declaration of gratitude to God. The background vocalists urge her on as, together, they ascend to increasing levels of passion. The song, which is the lead single from Lewis-Taylor’s debut album, Delayed But Not Denied, was recorded live in New York City and landed on the Billboard Gospel National Airplay chart at #16, right between female vocal groups Zie’l and ...

END_OF_DOCUMENT_TOKEN_TO_BE_REPLACED 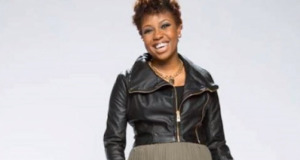 Atlanta, GA – Marquis Boone Enterprises (MBE) and Tyscot Music & Entertainment have formed a partnership to release MBE projects. The first one will be a live set by worship artist Casey J (pictured) who is currently #6 on Billboard’s Gospel Airplay chart. “Dreams and visions do come true,” says the singing educator. “Recently my dream of being on the Bobby Jones Gospel TV show was realized and today I wake up in the Top Ten on a Billboard chart. I know it has nothing to do with me as an individual. God is just creating another platform for Him ...

END_OF_DOCUMENT_TOKEN_TO_BE_REPLACED

Book Review: Nothing But Love in God’s Water

December 7, 2014 Books, Reviews Comments Off on Book Review: Nothing But Love in God’s Water 1,794 Views 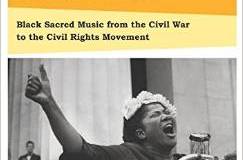 Nothing But Love in God’s Water: Volume 1: Black Sacred Music from the Civil War to the Civil Rights Movement Robert Darden Penn State University Press (224 pages) By Bob Marovich “A singing army is a winning army, and a singing labor movement cannot be defeated.” So proclaimed labor leader John L. Lewis, and as Baylor University associate professor Robert Darden argues in his new book, Nothing But Love in God’s Water, the statement is equally relevant if “army” is replaced with “people” and “labor” with “civil rights.” Darden, former gospel editor for Billboard, author of the well-respected gospel music ...

END_OF_DOCUMENT_TOKEN_TO_BE_REPLACED 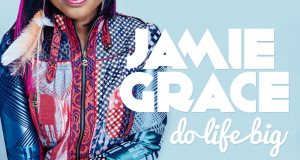 “Do Life Big” Jamie Grace From the Gotee album Ready to Fly (2014) www.gotee.com Isn’t it a pity and a shame how many in the gospel music community ignored Jamie Grace’s “Beautiful Day,” despite its longevity on the Billboard charts? It reminds me of how songstress Heather Headley won a Grammy for her worship masterpiece, Audience of One, yet the album made no noise at the Stellar Awards that year. Nevertheless, Grace’s new single, “Do Life Big” ought to help awaken more in the industry to the cheerful, life-embracing inspirational singer. Sugary-sweet pop beats support Grace’s effervescent vocals. “I came ...

END_OF_DOCUMENT_TOKEN_TO_BE_REPLACED 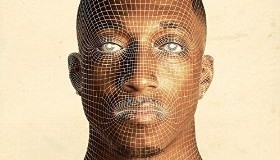 Lecrae Anomaly Reach Records (2014) www.reachrecords.com By Bob Marovich Lecrae’s new CD, Anomaly, is Christian music’s most incisively honest, but at the same time most bravely hopeful, project this year. To Lecrae, being an anomaly, being an outsider, is both an advantage and disadvantage. On one hand, anomalies are outcasts who don’t fit in. At the same time, as Lecrae articulates on the title track, being an outsider is “exactly what God created us to be.” “Why you scared to be different?” he asks on “Say I Won’t.”  Anomalies call it like it is, and Lecrae does just that on ...

END_OF_DOCUMENT_TOKEN_TO_BE_REPLACED

Bob Marovich of the Journal of Gospel Music interviews Casey J, whose “Fill Me Up” is currently in the Top 20 of Billboard‘s Top Gospel Airplay Chart.

END_OF_DOCUMENT_TOKEN_TO_BE_REPLACED

Thank You For All You’ve Done – Beverly Crawford

Beverly Crawford Thank You For All You’ve Done EchoPark JDI (2014) www.EchoParkJDI.com By Bob Marovich Hearing Beverly Crawford sing is always exciting. Hearing Beverly Crawford sing live is even more so. That’s what the listener gets on Thank You For All You’ve Done. A live recording done at Antioch Fellowship Missionary Baptist Church in Dallas, Texas, Thank You demonstrates how Crawford can shout and squall in the tradition of Shirley Caesar, Dorothy Norwood, and various other Caravans. Indeed, she opens the set with a ‘Vans (and Shirley Caesar) chestnut, “Sweeping Through the City.” Throughout the album, Crawford intersperses newer, praise ...