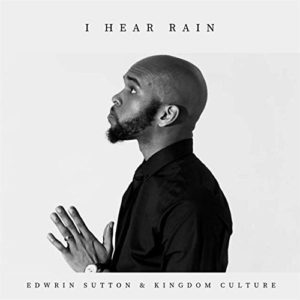 “I Hear Rain” is a song of encouragement in a time of despair. Its spoken call and sung response between Sutton and Kingdom Culture evokes James Fortune and Kirk Franklin’s own use of the technique.

The coming storm is nothing to fear, the ensemble sings, because the rain means greater is coming. In anticipation of the gathering clouds and the eventual downpour of blessings, the group builds the song’s tension, though it ends before the sweet release. This is a case where the longer version would be preferable.