Backroads & Small Towns, the new album by Whosoever South, the self-proclaimed “country crunk” trio from Southeast Georgia, pulls few punches as it expresses quintessentially American Christian values like hard work, faith in God, righteous living, and believing in the Golden Rule and the rule of law.

Like a faith-based version of the country superband Alabama, the trio of husband-and-wife team Rowdy and Sarah Eunice, and Mike Mitchell adopts socially-conservative allegiances to southern mores in “Georgia,” and in the swampy “That’s Country,” as well as flag-waving patriotism in “Only in America.” “You may not like my guns or my faith,” they sing in the latter, “but I’m an American, son, by God’s grace.”

Other songs on the album are more globally focused. The anthem “We All One People,” featuring multi-Dove Award-winning rapper KJ-52 and a children’s chorus, disdains the political polarity crippling  the world and the social crises that go unsolved while people talk at, rather than with, one another. In fact, many of the songs on B&ST are anthemic, with lyrics short on jeremiads and long on dirt-under-the-fingernails faith and optimism. The trio even turns prosperity theology on its ear by celebrating life’s simple things in “Got What I Need,” “How You Shine,” and an elegaic reflection called “Mighty Fine Ride.”

Musically, Backroads & Small Towns is a mashup of country, Americana, folk, and southern gospel with ample doses of hip hop swagger. Bottleneck guitar, harmonica, and banjo come face-to-face with rapping, sampling, and recording engineering trickery. Country twang meets street slang. Mike has a throaty Darius Rucker singing voice, and Sarah contributes much of the album’s Christian content in her frequent rap interludes. Mike’s lead is especially effective on “Til the Day I Die,” a paean to stand-up Christian principles: “If a man don’t do what he say, then he ain’t no good.” The all-too-brief “Bright Lights” is a delicious a cappella choral delight that evokes congregational singing.

Like Whosoever South the band, Backroads & Small Towns the album complicates established stereotypes about how American popular music, and religious popular music in particular, should sound. Rather than narrow their focus, the group absorbs it all, pours it in a blender, and delivers a musical concoction that inspires as much as it surprises. It’s a “mighty fine ride.” 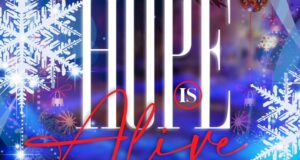 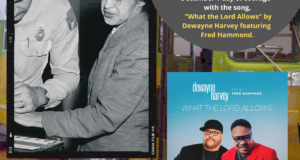 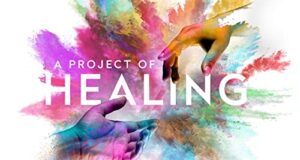