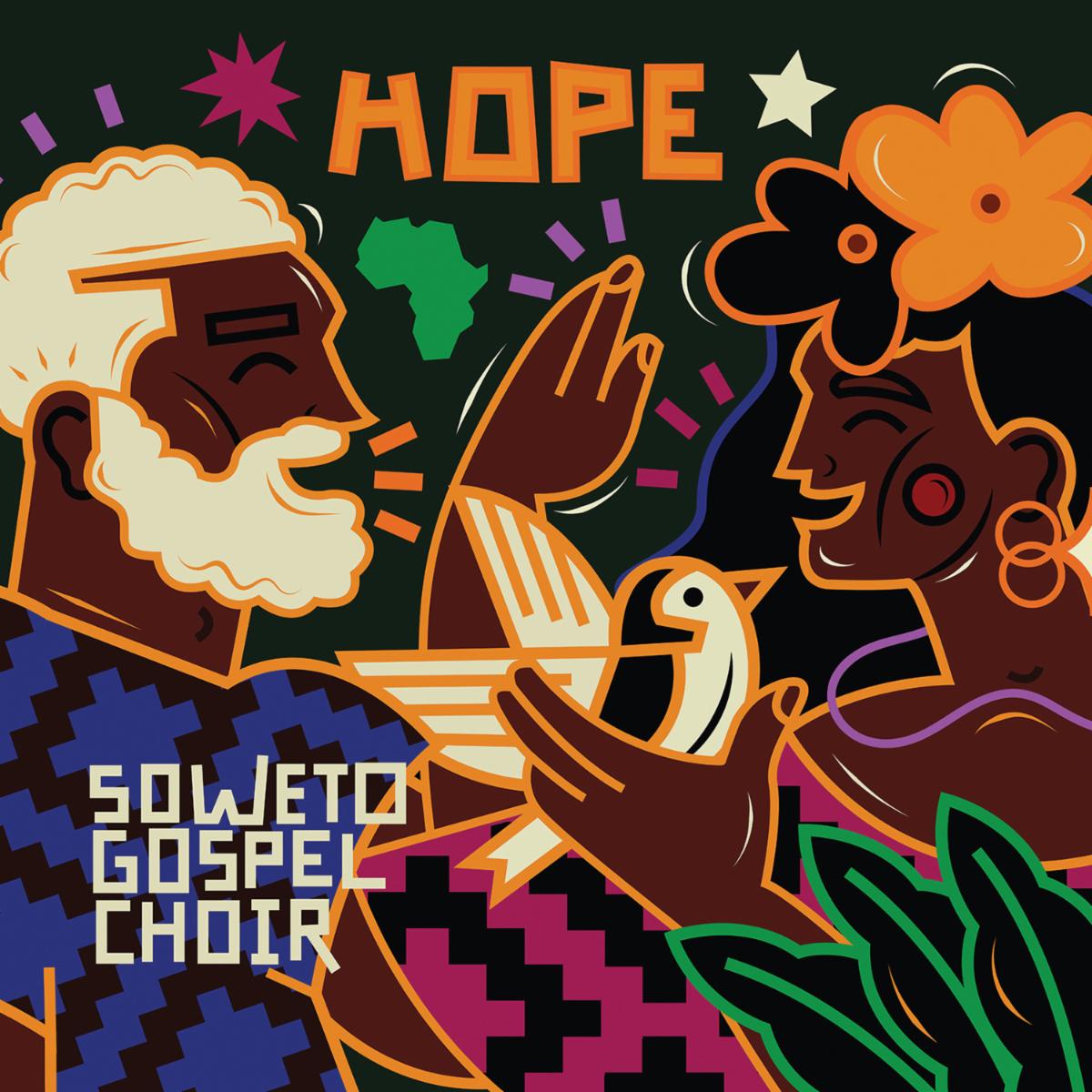 Those who haven’t been swept away by the passion and the power of South African choral harmonies are missing something special.

The opportunity is available on Hope, the latest release by the award-winning Soweto Gospel Choir. The troupe celebrates twenty years with this collection of songs sung in South African languages such as Sotho, Zulu, Xhosa, Pedi, and Tswana. For Western audiences, there is more familiar English language fare. Given the shared experiences of discrimination and violence by African Americans and South African Blacks, the messages and musical potency transcend language and continental barriers.

Familiar pieces for American audiences include the Impressions’ “Amen,” Sam Cooke’s masterpiece “A Change is Gonna Come,” and the Staple Singers’ “I’ll Take You There,” complete with a lead vocalist who produces Mavis’ chesty yelps with fidelity. The choir’s cover of Mike + the Mechanics’ 1988 “The Living Years” evokes the original in its synth-y arrangement, though I would have favored a more stripped-down arrangement. There’s also a dramatic version of “Stand Up,” the standout song from the 2019 film Harriet.

Although it may be a function of my longstanding appreciation of the gospel of South African artists such as Rebecca Malope, Sizwe Zako, and Pure Magic, the most effective selections to me are those sung in South African tongues. Songs like “Jo Lefifi” and the Xhosa hymn “Bawo Xa Ndlahlekayo” provide the album’s most moving and soul-awakening moments. The songs are anthemic, melodically simple, repetitive, and basically seep into your blood stream. “Sechaba” and “Lishonile Ilanga” are more spritely but equally beautiful. The percussive “Nkonyane Kandaba” is reminiscent of Ladysmith Black Mambazo. “Mbayi Mbayi” holds special meaning for the singers, as it was sung during the deadly July 16, 1976, protest by 10,000 youth against being forced to learn in Afrikaans.

Having said that, “Heaven Help Us All” is the album’s finest track for its passionately-sung message of global unity, peace, and strength. Its positive energy just leaps out of the speakers.

Whatever they sing, and whatever language they sing it in, the Soweto Gospel Choir offers hope for a better tomorrow. For everyone.