The collaboration between Stellar Award-winning Arkansas gospel quartet Tim Rogers and the Fellas and the Grammy-nominated R&B sensation Calvin Richardson that resulted in the Fellas’ latest single, “Hold Out,” began in the unlikeliest of places: an airport.

Rogers and Richardson ran into one another while moving through the Memphis International Airport. Rogers told the Journal of Gospel Music that although the two men had never met face-to-face, “his family knew me and of course I knew him. We vowed to do something together, and we made sure we kept our word.”

The result of their collaboration, “Hold Out” was a song birthed from painful experience. “I’ve been surrounded by friends and family all my life,” Rogers explained, “but I found myself in a place where I was alone. That was strange. James Cleveland had a song back in the day called ‘Lord, Help Me to Hold Out.’ My plea was ‘help me to hold out.’ I know it won’t be like this forever. My change will come.”

Rogers said he took the lyric premise of Cleveland’s song and “Fella-rized” it.

“We are traditional,” he explained, “but we are also young guys, so we’re not that kind of traditional. I guess you could call us ‘new tradition,’ because we put a modern feel to an old sound. That’s fella-rizing – being able to keep the foundation and build on it.”

If there’s more than a hint of pulpit-honed passion in Tim Rogers’ singing on the single, it’s because he started out as a minister. In 2001, Rogers succeed his father as pastor of Prince of Peace Spiritual Church of Christ in Blythesville, Arkansas, just south of the Missouri-Arkansas state line. He held that position for 12 years.

Although he didn’t grow up singing quartet, Rogers was brought up on the sound. “My daddy was old-school traditional and he raised us on quartet,” he said. “He used to sing with a little quartet around the city, back in his day.”

If Rogers grew up listening to the Canton Spirituals, Willie Neal Johnson and the Gospel Keynotes, Slim and the Supreme Angels, the Pilgrim Jubilees, and the Oak Ridge Boys, he also enjoyed soul music. “Artists like Al Green, Johnny Taylor, Bobby Womack – I love music that makes sense and makes the heart glad.”

It was a providential twist of fate in 2005 that brought the Fellas into being. “An Arkansas promoter called and asked me would I be a filler for a local program?” Rogers said. A group had pulled out of a gospel music extravaganza and the promoter needed someone to fill the space. “That meant I had to put a unit together. Me and my nephews, we churched every week together. I was the musician, so we were already connected musically. We just had to put something together to get through the night. We did it, the crowd loved it, and we just kept on doing it. Now here we are—Tim Rogers and the Fellas!”

Rogers credits Malaco Records for giving the quartet a national platform. “Malaco launched a compilation CD called Keith ‘Wonderboy’ Johnson Presents the Rising Stars of Quartet,” Rogers said. “We were a part of that record. That was a big deal for us. We were being flaunted around on showcases and Blackberry Records, being in the same city as Malaco—Jackson, Mississippi—we had a chance to form a relationship with the Williams Brothers [owners of Blackberry].”

Today, Tim Rogers and the Fellas are recording for Rogers’ own imprint, SAG Music Group; the acronym stands for Saving A Generation. “I do a Bible study in Dallas and Arkansas in that name–it’s my ministry,” Rogers said. “So around 2015, when I got ready to start my record company, I just named it after my ministry. This is the second record on the label.”

For more information on Tim Rogers and the Fellas, visit their Facebook page at https://www.facebook.com/TimRogersFellas/ 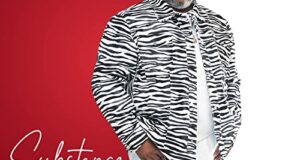