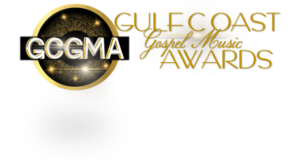 From a press release: Gospel music–a term that is sure to remind the listener of how one can come from tests to testimonies, from tragedies to tranquility, and from trials to triumph. Imagine an event that encompasses story telling, laughter, tears, music, and more. The Gulf Coast Gospel Music Awards, birthed by gospel recording artist and praise and worship leader LeKeisha Cotten, will leave the event goer fulfilled. This year, the event has more than 330 nominees from fifteen states. Many of those nominees have stories of going from pain to peace. For example, Deneice Glasker of Graniteville, SC, a ...

END_OF_DOCUMENT_TOKEN_TO_BE_REPLACED 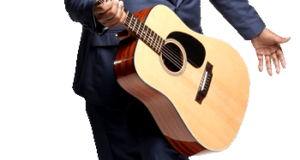 Melvin Williams of the Williams Brothers and, since 1988, a best-selling gospel solo artist, is putting together a video tribute for Mother’s Day.  He invites you to submit a photo of your mother for potential use in the video. If interested, please email the photo to melvinwilliamsentertainment@gmail.com. Submission deadline is May 3. Here’s the song, taken from his 2018 Emmy-nominated PBS special.

END_OF_DOCUMENT_TOKEN_TO_BE_REPLACED 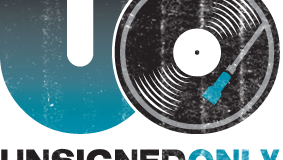 March 18, 2019 — The Unsigned Only Music Competition is launching a special “Video Only” promotion and will be accepting both professional and homemade music video entries from March 20-29, 2019. Original music and cover songs are eligible. Artists can enter by going to: https://www.unsignedonly.com. This is an opportunity for artists to show their creative side by putting their video making skills to the test, whether it be a professionally produced video or a homemade video that can be shot on just an iPhone or video camera. Two videos will become winners: one that is a fully produced video and ...

END_OF_DOCUMENT_TOKEN_TO_BE_REPLACED

The Dali-esque artist who painted nearly 200 Savoy Records album covers during the 1960s–the majority for the label’s gospel series–and signed his work “Harvey” with no surname, has been somewhat of a mystery to record collectors. On David Peterkofsky’s For Keeps podcast, Robbie Rogers shines a light on who Harvey was and what the artist’s work says about his life and times. The enigmatic artist is the basis of Rogers’ master’s thesis, which he is currently working on at Baylor University. He shares some of his findings on the fascinating podcast below.

END_OF_DOCUMENT_TOKEN_TO_BE_REPLACED

Damon Williams on #WeAreVerity: “Everyone has a Verity Story”

June 13, 2018 Gospel Music, News Comments Off on Damon Williams on #WeAreVerity: “Everyone has a Verity Story” 1,561 Views

By Bob Marovich RCA Inspiration and Verity Records are going all out to promote Verity’s twenty-four-year legacy, and it’s starting with the #WeAreVerity campaign. The June campaign coincides with Black Music Month. “We want to honor one of the richest and most legacy-filled catalogs in gospel music,” Damon Williams, RCA Inspiration and Verity Records VP of Marketing, told the Journal of Gospel Music. “We also want to celebrate the place and position gospel music holds in people’s lives.” Williams, who joined RCA Inspiration at the end of last year, said the celebration will not only include artists, executives, and industry personnel, ...

END_OF_DOCUMENT_TOKEN_TO_BE_REPLACED 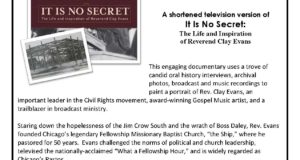 END_OF_DOCUMENT_TOKEN_TO_BE_REPLACED

At 20, Jekalyn Carr Is In Her Winning Season 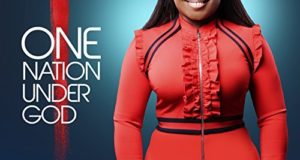 By Bob Marovich Jekalyn Carr frequently listened to her mother, Jennifer Selvy Carr, as she sang with the award-winning family gospel group the Selvy Singers. But this time it was different. The preteen was watching the Selvys sing from the set of Don McGlynn’s 2010 gospel music documentary, Rejoice and Shout. “We were on the set of [Rejoice and Shout] and they found out I could sing,” Jekalyn told JGM during her recent visit to Chicago. “They wanted me to sing ‘Amazing Grace.’” Jekalyn’s “Amazing Grace” stole the show. But for all the buzz about the young girl’s performance, it was ...

END_OF_DOCUMENT_TOKEN_TO_BE_REPLACED

Damon Williams: “If the Chart Could Become a CD, It Would Be WOW Gospel.” 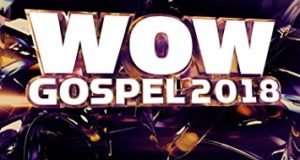 By Bob Marovich In 1998, Damon Williams eagerly purchased a copy of the first-ever WOW Gospel two-CD compilation. “It was a big moment in gospel music,” Williams, who was recently named Vice President of Marketing for RCA Inspiration, shared with the Journal of Gospel Music. “To find something that had the year’s best gospel songs all in one place, by the top artists, was extremely appealing to me as a consumer and a burgeoning industry executive.” On the 20th anniversary of the best-selling franchise, the 2-CD WOW Gospel 2018 hits stores today. While it will be Williams’ first time working ...

END_OF_DOCUMENT_TOKEN_TO_BE_REPLACED

Christmas with the Whitfield Company

December 5, 2017 News Comments Off on Christmas with the Whitfield Company 1,755 Views 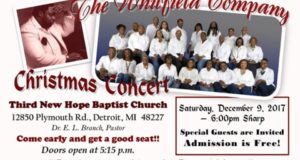