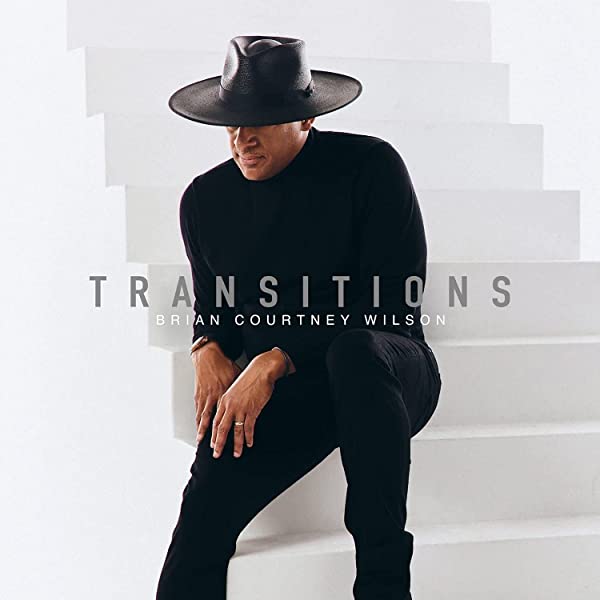 Whether intentional or not, much of Transitions feels like a musical kin of Marvin Gaye’s 1971 What’s Going On, but with the aid of modern production techniques. Not only does Wilson’s vocal delivery evoke Gaye’s earnest crooning, but the loping rhythm of “All I Can Say” and the bongo-like percussion at the opening of “Monday’s Pain” and “Call My Name” evoke “Mercy Mercy Me,” “Inner City Blues,” and “What’s Going On.” Given that the album is on a Motown imprint and Wilson has a deep respect for Marvin Gaye’s work—he’s covered “Inner City Blues”—perhaps it’s not really that surprising.

Along the same lines, songs like “Waiting,” “Sure As,” and the extended introspective meditation called “Monday’s Pain” (shades of Marvin Gaye AND Donny Hathaway here) are a hair’s breadth away from Adult Contemporary R&B. For churchier sounds, the reprise of “A Great Work,” from the 2018 album of the same name, brings the goods, though it seems a bit out of place among selections that don’t have the same raw, evangelistic fervor. On the other hand, “Always Peace” sets a prayer for “grace, mercy, and peace” to a lovely Baptist hymn-like melody and arrangement. It’s likely to join songs like “All I Need” and “Worth Fighting For” on Wilson’s greatest hits list.

The album receives top-shelf treatment from energetic background vocalists, a tight rhythm section, and superb production from Dana Sorey, who also plays a churchy organ. The sound is big enough to bust through the speakers but intimate enough to feel like a house concert. The musicians and singers double as the congregation, encouraging Wilson as he exhorts.

With Biblically-based and earnest messages set to a relaxed consommé of soul, funk, blues, R&B (and church vibes, of course), Transitions may indicate where modern gospel is, or at least should be, headed.