The release of Gloria Gaynor’s gospel album Testimony may have taken some by surprise, but if you know something about her life story, it makes sense.

In fact, Gaynor’s signature song, “I Will Survive,” followed an almost career-ending accident that added injury to insult, given her acute financial challenges. And in many ways, the life-affirming message of “I Will Survive” helped men and women with the AIDS virus discover hope and celebrate life as they struggled with the debilitating disease.

While not every pop star’s gospel release succeeds, Testimony does. This is because the power pop and disco chanteuse reaches back to her Newark, New Jersey, roots to flavor the songs (she attended the city’s Abyssinian Baptist Church with her grandmother). In other words, this is not disco music rearranged for a Baptist two-step but solid songs—a couple traditional, others new—that carry messages of encouragement, hope, faith, and belief that satisfy the heartsick soul.

“Amazing Grace” opens the album and is among its top selections. Set in the “rocking chair” time signature of 12/8, it features chirping organ, trumpeting brass, and a full-bodied gospel choir. Gaynor gives the classic hymn greater emphasis by framing it with a testimonial that she sings in a gospel-blues style.

Farris and Gaynor give Bob Dylan’s 1983 “Man of Peace” an appropriately incisive reading. It’s a lucid composition perfect for today’s political atmosphere. It evokes author Sinclair Lewis’s warning that authoritarianism will not come robed in black but cloaked in the red, white, and blue, and spouting pithy patriotic platitudes.

In terms of Gaynor’s personal testimony, “Day One” is as honest and autobiographical as “Only You Can Do” and “Back on Top.” On the latter, Gaynor depicts her struggle with the devil, her redemption by God, and how salvation has put her back in the driver’s seat. But as cathartic as it must have been for Gaynor to sing her troubles over, her songs are directed outward, as life lessons for listeners.

The musicians support each song with a spicy brew of gospel, blues, Memphis soul, and R&B. At 70, Gaynor’s voice possesses an authority and soulful wisdom that comes from being a survivor.

Nominated for two GRAMMY Awards (Best Roots Gospel Album and Gospel Song Performance [“Talkin’ ‘Bout Jesus”]), Testimony is the kind of album Mavis Staples might have recorded had Gloria Gaynor not beaten her to it. 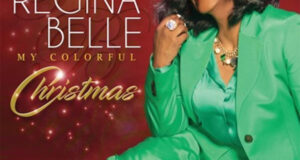 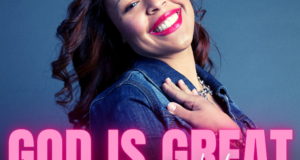