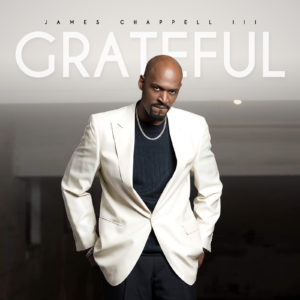 “Grateful” is a charming, smile-inducing song on its own, but add James Chappell III as lead vocalist, and it delights on two levels.

In less than three minutes, Chappell channels the elastic yodels of Sam Cooke and Johnny Taylor, lofts falsetto notes like the Reverend Claude Jeter, adds a bit of Reverend Al Green southern twang, and delivers gut-wrenching growls like Joe Ligon. Backed by a quartet and with a rhythm section galloping along in mid-tempo, Chappell sounds as pleased with God’s intervention in his life as the song’s title suggests.

During 2013, Chappell, based in Hartford, Connecticut, appeared as a contestant on the NBC television program The Winner Is and won with his interpretation of Bruno Mars’ “If I Was Your Man.”