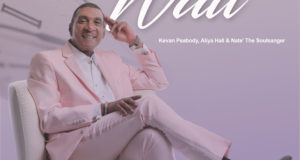 “Wait” Kevan Peabody Twinkem Productions (release date: October 16, 2020) www.twinkemp.com By Robert M. Marovich Taking Proverbs 3:5-6 in part for his text, veteran gospel singer Kevan Peabody implores listeners on “Wait” not to despair but to trust and “wait on the Lord.” To a traditional-flavored but sonically robust arrangement featuring piano and warbling organ, Peabody croons his declarations in a mellow tenor peppered by blues notes. “Trust and never doubt,” he sings, “God will always bring you out.” The song, written by Steven Roberts, has the feel of a church solo augmented by a full studio backing. Bay Area ...

END_OF_DOCUMENT_TOKEN_TO_BE_REPLACED 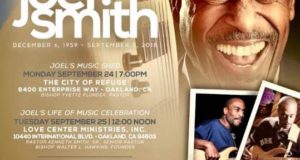 By Bob Marovich As many readers already know, gospel drummer, bass player, bandleader and producer Joel Smith passed away on September 8 at age 58. Smith cut his teeth on gospel music by accompanying his uncles Edwin and Walter Hawkins. In 1977, at age thirteen, he played drums on Edwin’s Wonderful album. That was only the first; Smith would participate on many other Edwin Hawkins albums, including the classic Christmas album for Birthright. He participated in Walter’s historic Love Alive series and accompanied Tramaine Hawkins on bass and drums for her solo recordings. Smith also played bass guitar on Kurt ...

END_OF_DOCUMENT_TOKEN_TO_BE_REPLACED

“Gospel Memories” – an hour-long tribute to the late Edwin Hawkins 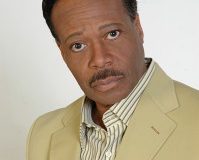 Click on the image above to hear a streaming podcast of the January 20, 2018, episode of “Gospel Memories,” which featured an hour-long tribute to the late Edwin Hawkins.

END_OF_DOCUMENT_TOKEN_TO_BE_REPLACED 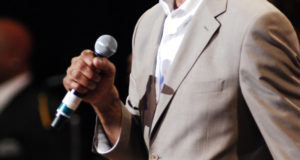 From a press release: A week after the death of four-time Grammy® Award-winning recording artist, Edwin Hawkins, The Edwin Hawkins Singers’ 1969 million-seller, “Oh Happy Day,” has charted at #1 on Billboard Magazine’s Gospel Digital Song Sales chart for the issue week ending January 27, 2018. The classic song had a 999% sales increase following worldwide news coverage of the celebrated artist’s passing from cancer last week and it also amassed over 173,000 streams during the same period. In recent months, Hawkins and his management team had begun to plan activities surrounding the 50th anniversary of “Oh Happy Day” which was ...

END_OF_DOCUMENT_TOKEN_TO_BE_REPLACED

By Bob Marovich The Journal of Gospel Music has learned that Edwin Hawkins, whose arrangement of the nineteenth-century hymn “Oh Happy Day” became a crossover success and signaled the emergence of contemporary gospel music, passed away today (Jan. 15) in Pleasanton, California. Here is a brief biography I put together: Born August 19, 1943, to Mamie and Dan Lee Hawkins, Edwin Hawkins grew up in music. Trained by his elder brother, Edwin began playing piano at age five and accompanied the family group. By the time he was sixteen, Edwin had sung at a variety of churches in the Bay Area and was part ...

END_OF_DOCUMENT_TOKEN_TO_BE_REPLACED 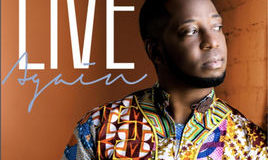 Darnell Davis & the Remnant Live Again D Davis Entertainment / MVP Productions (release date: August 11, 2017) www.darnelldavismusic.com By Bob Marovich Those who know Darnell Davis’s story—those who don’t can read it here—will understand why the overarching theme of his new album with the Remnants, Live Again, is spiritual survival. From the opening selection, “I Am a Miracle,” to the devil’s dirty dealings in “No You Can’t Have It,” to the churchy call-and-response of “I’m Still Here,” the lyrics speak of the battle one wages against the insistent and persistent force of evil. The title’s double meaning helps hammer home this ...

END_OF_DOCUMENT_TOKEN_TO_BE_REPLACED

Darnell Davis: “I Have A Second Chance, A Second Wind”

By Bob Marovich From the outside, it appeared as if Darnell Davis was on top of the world. He and his gospel group, Remnant, had signed with a major label, RCA Inspiration. They earned Dove Award and Stellar Award nominations for their 2014 release, Moving Forward. The CD cover photo depicted a smiling, confident Davis, mid-stride into a promising future. But in the midst of this, Davis was going through a divorce. It felt “like a physical death,” he told JGM. “Two people being literally ripped apart.” Those he thought were his friends stopped speaking to him. “I had to minister to people,” Davis explained, ...

END_OF_DOCUMENT_TOKEN_TO_BE_REPLACED 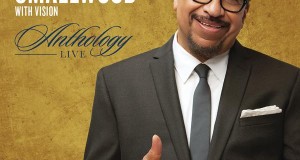 Richard Smallwood with Vision Anthology Live RCA Inspiration (release date: June 29, 2015) By Bob Marovich Arguably the most anticipated gospel album thus far this year is Richard Smallwood with Vision’s Anthology Live. The seminal group’s first project in four years is a double-CD live recording that offers new selections as well as an extended retrospective of Smallwood’s artistic legacy. In addition to reflecting on his own opus, Smallwood pays tribute to the Roberta Martin Singers, Edwin Hawkins, and Andrae’ Crouch—gospel legends who inspired him to play, write, and direct. The Martin Singers, and especially the ensemble’s accompanist Little Lucy ...

END_OF_DOCUMENT_TOKEN_TO_BE_REPLACED

By Bob Marovich for the Journal of Gospel Music If Richard Smallwood had his druthers, the autobiography he is writing would have been released simultaneously with his new album, the two-CD Anthology Live. The album, recorded with his group, Vision, is essentially the “musical soundtrack” to his autobiography.  But the music came first, and Anthology Live (RCA Inspiration) hits stores June 29. The maestro, whose song canon is among the finest in modern sacred music, talked with the Journal of Gospel Music about the new release, his and Vision’s first CD in four years. The genesis of Anthology Live, Smallwood ...