“On the Other Side of Through” – Prez Blackmon 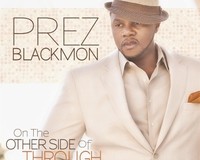 “On the Other Side of Through” Prez Blackmon www.cdbaby.com/cd/prezblackmon5 Over a churchy flourish of warbling organ, Prez Blackmon, of the Stellar-nominated duo Renee Spearman & Prez, traverses up and down the treble scale as he waxes melismatic on the theme, “there’s a blessing on the other side of through.” Background vocalists join him on this slow, bluesy gospel song of encouragement, complete with rocking chair tempo. Camille Grigsby and Cassandra Renee Grigsby-Chism take over the vamp, asking for God’s help to make it to that other side where the blessings flow. Sweetly, warmly traditional.

END_OF_DOCUMENT_TOKEN_TO_BE_REPLACED 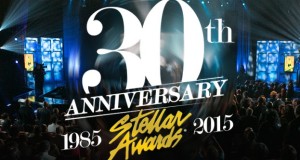 By Bob Marovich Erica Campbell of Mary Mary and Ricky Dillard & New G needed push carts to carry home their hardware from the 30th annual Stellar Gospel Music Awards, televised in Las Vegas yesterday evening. The Stellar Award is the top honor for artists performing in the African American gospel music tradition. Campbell and her CD Help earned a combined eight Stellars, including Artist of the Year, CD of the Year, Contemporary Female Vocalist of the Year, and Contemporary CD of the Year. Dillard & New G represented the choir sound with four Stellars, including Song of the Year (“Amazing”), ...

END_OF_DOCUMENT_TOKEN_TO_BE_REPLACED 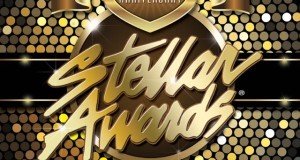 Columbia, MD – Habakkuk Music has announced a historic partnership with Central City Productions to release a special compilation album celebrating the 30th anniversary of The Stellar Gospel Music Awards. The highly anticipated album, Stellar Awards 30th Anniversary 1985-2015 (Habakkuk Music), releases March 31, 2015. The first Stellar Gospel Music Awards television broadcast took place at the Arie Crown Theater in Chicago in 1985 and this year’s landmark program takes place at The Orleans Arena in Las Vegas. The collector’s edition album will feature an array of chart topping tracks by fifteen of the most legendary names to ever stand on ...

END_OF_DOCUMENT_TOKEN_TO_BE_REPLACED

Click below to read the article and see the video: Gospel Artist Ricky Dillard Nominated For 10 Stellar Music Awards | News One.

END_OF_DOCUMENT_TOKEN_TO_BE_REPLACED 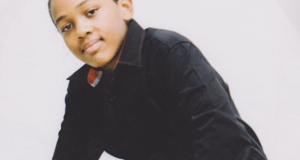 “Flow” Jonathan Valencia From the CD Kingdom Bound www.jonathanvalenciamusic.com This teenaged Rhythm of Gospel Award winning and Stellar nominated artist is better known for his Christian rap, “Kingdom Bound,” but he also sings. On “Flow,” a simple, atmospheric song with techno overtones, Jonathan calls on the Holy Spirit to pour into him so much that the blessings overflow. The innocent vulnerability in Jonathan’s voice suggests that behind the rap bravado is the fragility of childhood that we all carry around but are afraid to show the world.

END_OF_DOCUMENT_TOKEN_TO_BE_REPLACED 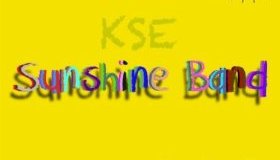 KSE Sunshine Band Children in Perfected Praise: Live from Kansas City (2013) Available from digital music retailers By Bob Marovich Early in Church of God in Christ history, founder Bishop Charles Harrison Mason tasked the denomination’s Women’s Division to establish sunshine bands, or choral groups, to provide COGIC children with a musical outlet steeped in religion. For the past century or so, tens of thousands of saints—from everyday people to sacred and secular music superstars—have come up through a sunshine band. The forty-member Kansas East Jurisdictional Sunshine Band Recording Choir, under the direction of Sis. Jean Henderson, is one of these ensembles. In addition ...