Written and produced by her son, Curtis Turrentine Jr., Evelyn Turrentine-Agee’s “God Gave His Best” will be released Friday, October 5. It’s the latest single from the Queen of Quartet, whose gospel music career spans several decades.

Evelyn told the Journal of Gospel Music that her singing ministry began at the tender age of two.

“At two years old, I was singing so much that my dad would take me to church. He’d hold me up in his arms and say, ‘Sing baby!’ My favorite song to sing was ‘Thank You, Jesus.’ People would just shout! At first I thought, ‘What’s the matter with everybody?’”

One time, the spirit ran so high when baby Evelyn sang in church that a woman ran right up to her and fell to the floor, slain in the spirit. Kicking her feet uncontrollably, the woman accidentally kicked the tiny singer in the leg. Henceforward, Evelyn’s father, Cleveland Tyler, stood in front of her as protection against unintentional assaults from Holy Ghost-filled congregants.

But Cleveland was much more than his daughter’s bodyguard. He was a deacon in the church and sang lead for a local quartet called the Gospel Melody Men. His singing made an indelible impression on young Evelyn, a self-proclaimed “daddy’s girl.”

“My dad and the group sang at different programs every Sunday in St. Louis,” Evelyn reminisced. “The church would be jam packed and the windows would be up, because it was hot inside. I remember people standing outside of the church window when my dad would sing. On a couple of occasions, people in the church would shout and fall out, and an ambulance would take them out.”

Later, she and her father, along with three male cousins, formed a gospel group called the Tyler Singers—“we were like Gladys Knight and the Pips!” she laughed.

A seventeen-year-old Evelyn led the Tyler Singers on “Precious Lord” for the St. Louis-based Shippings label. It was her first appearance on record. “Mr. Shippings worked with my father on the Missouri Pacific Railroad,” Evelyn explained. “He was excited to get us on record.”

The disc did so well that invitations were piling up for the Tyler Singers to appear in and around St. Louis. But soon after the record was made, Evelyn got married and her husband wanted the couple to move to Detroit. “His brothers had already moved to Detroit,” Evelyn said, “and in a couple of days, they had a job in the factories. [My husband] decided he wanted a better life for us, and we moved to Detroit.”

Not knowing a soul in Detroit outside of her husband and his family, unable to drive a car, feeling homesick, and being “quiet and kind of an introvert,” Evelyn turned to local radio for solace.

“One Sunday, I was flipping the channels on the radio and they were announcing some [quartet] program. I asked my husband, who wasn’t into that stuff at all, to drive me to the program. He took me to the program and that’s where I began to learn about quartets. I would find out where the programs were, and my husband would take me there and pick me up.”

Eventually, Evelyn joined a quartet of her own, then moved to another group called the Gospel Echoettes, whose lead singer was Blanche Hayes (“everybody called her ‘Baby Sister,’” Evelyn recalled). Managed by Floyd Henley, the Gospel Echoettes recorded “That Man from Galilee” for Bill and Essie Moss’s Bilesse label. It was Evelyn’s first Detroit record.

“The Gospel Echoettes was the top number one group in Detroit,” Evelyn said, “but Floyd Henley got killed one night. After that, we tried to go on but we couldn’t. One of the eldest members of the group, Helena Berry, said, ‘Evie, I’m going to start a group and I’m going to take you with me.’ Lena started the group along with me and another girl who named us the Gospel Warriors.” When Evelyn decided to go solo, the Gospel Warriors became her accompanying singers.

In 1992, Evelyn recorded her first national solo project, In God’s Own Time, for CGI/A&M Records. After a several-year absence from the gospel music spotlight, Evelyn and the Warriors returned in early 2000 with God Did It. The performing rights organization BMI named the title track the most performed urban gospel song in 2001. The album stayed on Billboard’s Top Gospel Albums charts for more than 30 weeks.

To this day, Evelyn still hears from people gushing about “God Did It.” This includes a former Detroit resident now living in Hammond, Louisiana. The woman rejoiced to hear the song playing on the radio at her local beauty supply store. Evelyn chuckled. “She called me and said people were speaking in foreign languages in the store, but there on the radio came ‘God Did It’!”

Thanks to the selfless efforts of author and professor Dr. Deborah Smith-Pollard, Evelyn will be part of the National Museum of African American Music when it opens in Nashville, Tennessee, next year. Evelyn has generously provided some personal items to the museum and will represent gospel quartets there as the “Queen of Quartet.”

Meanwhile, Evelyn hopes that her new single, “God Gave His Best,” a traditional-centered song with an up-to-date groove, will get the same reception as “God Did It.” For starters, her support team includes Vickie Mack Lataillade, the GospoCentric Records founder who introduced the world to Kirk Franklin. Lataillade is assisting Evelyn through distribution and promotion.

“I’m excited about the ministry of this new song,” Evelyn said. “I take it back to ‘God Did It.’ The appeal of that song is that it’s so simple, and the message is so simple, that it can be repeated it over and over, and then many people can relate to the message.

“I pray that this new single will have the same effect. It speaks of God’s love for us. He gave us the best He had, and giving His best, then His best gave His best. Love is the greatest gift of all. The message of love will never, ever die.” 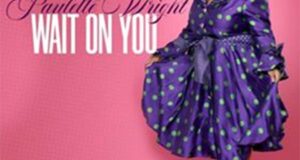 “Wait On You” – Paulette Wright 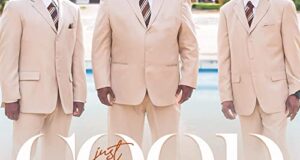 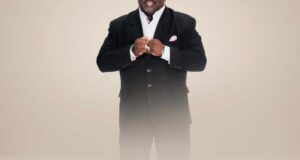