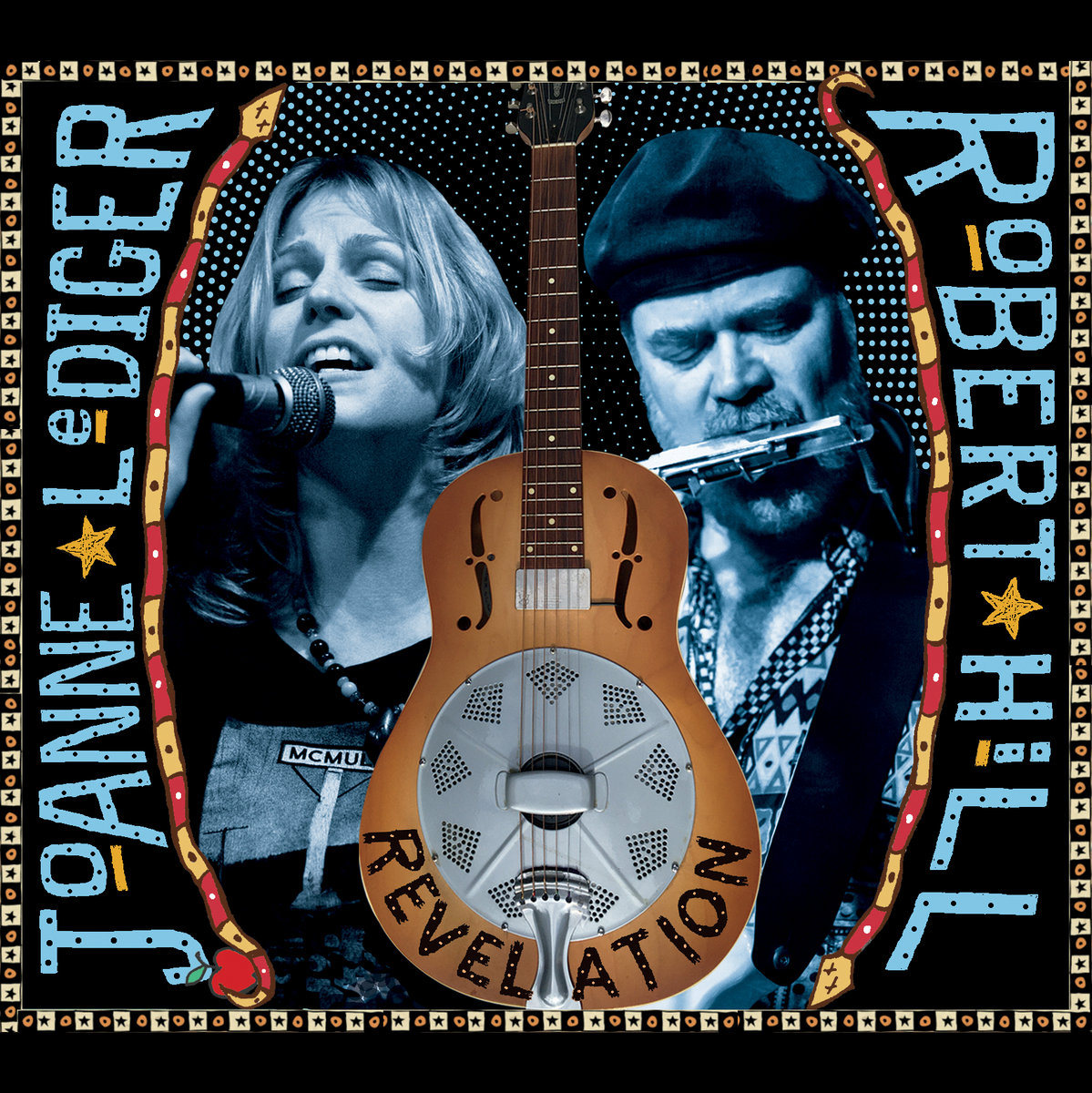 Backed by a ferocious troupe of musicians, indie blues performers Robert Hill and Joanne Lediger cover classics from a certain gritty guitar evangelist and also offer newly-composed tunes on their eleven-track Revelation. Think the Americana folk band Ollabelle partaking of mojo at Schwab’s in Memphis and you have a sense of the sound of this album.

As it turns out, Ollabelle covered one of the tracks on Revelation, Blind Willie Johnson’s “Soul of a Man.” Multi-instrumentalist Hill & vocalist Lediger deliver a few other songs from Johnson’s catalog, notably “John the Revelator,” “Nobody’s Fault but Mine,” and “If I Had My Way, I’d Tear the Building Down” (titled “Sampson and Delilah”).

Hill’s aggressive slide guitar work, reminiscent of George Thorogood, is the star of the CD. It shines most brightly during extended instrumental breaks on his own composition, “Jesus by the Riverside,” and while holding down the John Lee Hooker-style boogie beat for “Run On.” Of all the tracks, the congregational favorite “Jesus is on the Mainline” (does anyone remember what a mainline is?) is the most mellow and informal, like a campfire singalong.

The several selections that come from Hill’s pen model the old tunes in lyric and style. “Pay One Way or Another” is especially interesting for its cautionary tale about the short-term benefits but long-term consequences of sin—including “trying to get a date with the preacher man’s wife.” A Tom Waits cover, “Way Down in the Hole,” fits in well with the company.

Overall, the combo is tight, the singing of Hill, Lediger, and Paulina Hill matches the intensity of the straitlaced wooden church messaging, and the arrangements augment rather than mimic the originals. Still, there’s no overdoing the bluesy bits for the sake of self-indulgence. Instead, century-old songs get the dignity and respect they deserve.

Four of Five Stars
Picks: “Run On,” “Jesus on the Mainline”