Reaching, the new studio CD by Pastor Greg Harris of Little Rock, Arkansas, features a handful of songs of praise, inspiration, and gratitude sung in several styles by Harris and a small choir.

JGM’s introduction to Pastor Harris happened in 2009 with his appearance at the Gospel Music Workshop of America and a subsequent review of his live album from the same year. Reaching demonstrates Harris’s growth as a gospel singer.

The two album standouts hearken back to old-fashioned Sunday morning singing. “He’s Coming Back” is a church wrecker with a female vocalist sharing the lead with Harris. Though it ends abruptly, the selection could have easily moved into a second coda. The infectious “Come On Down” moves to a quartet back beat, as Harris engages in antiphonal play with a male quartet, possibly a subset of his group. Its come-to-Jesus message and up-tempo approach could change an altar call from a walk to a run.

These two songs are not the album’s only reflections on traditional church music. Dedicated to his grandmother, Sister Ruth Kendrick Davis, Harris delivers a litany of hymns to organ-only accompaniment on “Church Medley.” This selection would have been even better had an audience been present to encourage Harris.

Otherwise, the songs are rooted in the contemporary gospel choir tradition and Adult Contemporary R&B. The funky “Best Thing” riffs on the lyrics, but not the music, of Reverend James Cleveland’s and the Charles Fold Singers’ 1975 transformation of Jim Weatherly’s “You’re the Best Thing” into “Jesus is the best thing.” “That’s the God I Know” is ready-made for a worship team or a youth choir. It is the song on the album that could be picked up by other churches. “Well Done” sets Matthew 25:21 to a full-bodied small choir sound and a fiery vamp.

The vocals and musicians are strong and the album is well produced, making it Pastor Greg Harris’ best full-length CD yet. 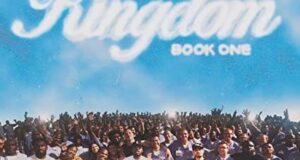 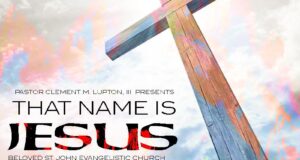