Hell in the Choirstand – Titus Pollard

The clash between good and evil as played out on the battleground of music is a timeless theme. From Biblical days, when David played the harp to release the evil spirit from King Saul, to Charlie Daniels’s saga of the devil challenging young Johnny to a fiddle contest in Georgia, music has been depicted as having a supernatural ability to quash a foe.

It’s a rare novel in which gospel choral singing plays a prominent role, but Titus Pollard’s self-published Hell in the Choirstand pits good versus evil on the battlefield of a church music ministry.

Pollard’s allegorical tale takes place in Olds, a fictional suburb of Detroit, Michigan. Having accepted a position teaching mathematics at Olds High School, Jeremiah David Day of Memphis is in search of a church home. He stumbles upon—one might say he was spiritually led to—Ezekiel Baptist Church. Ezekiel is entering a new chapter in its history. It is about to complete a major renovation of its sanctuary. Not only does Jeremiah join the church, but he has been persuaded by Pastor Trantham to serve as its choir director.

This decision rankles Renard Singleton, Ezekiel’s current musician, because he has a hidden agenda. In addition to serving as the church’s organist, he is an aspiring hip hop artist and member of a gothic national music organization called the Society of Tyrus. Clearly modeled after a Satanic cult, with its macabre fiats and edicts, the Society gathers to drink Hennessy, smoke cigars, engage in an annual spousal swap, and plot the disruption of Christian worship services through complex, mood-altering music. The group has had a history of success, too, causing at least one Detroit-area church to go bust. Renard wants to make Ezekiel the next church casualty, but the newly-arrived Jeremiah poses an unexpected problem: he has transformed Ezekiel’s worship experience for the better with roof-raising praise songs.

Although Pollard recounts the story of Jeremiah and Renard in alternating chapters (he calls them verses), it is Renard’s relentless journey to unwitting self-destruction that is most fascinating. Where Jeremiah comes off as somewhat two-dimensional, anti-hero Renard is crafted with such a heavy hand that he hardly has any redeeming qualities, other than his mastery of the keyboard and general musical acumen. Still, it is Renard’s descent, rather than Jeremiah’s ascent, that drives the novel forward.

At the outset, we learn part of the source of Renard’s seething hate towards anything holy. The opening vignette describes Adrian Singleton changing his child’s name legally from Luciferious to Renard, the appellation Renard’s mother bestowed on him at birth because she considered him the offspring of the devil. If Johnny Cash’s boy named Sue felt predestined for a life of misery, one can only imagine what a name like Luciferious can do to a person’s psyche. But again, this is allegory, and when Renard discovers his original name, he embraces it with delicious conviction. It suits him.

There’s never a question as to where the narrative is headed. Pollard pits Jeremiah’s efforts to improve Ezekiel’s music program against Renard’s attempts to sabotage it through his peculiar, Society-of-Tyrus-based music. Where you might expect one big epic battle between the forces of good and evil, Hell in the Choirstand centers on several skirmishes that lead to a final confrontation.

Did the story end as I had expected? No, and that is to Pollard’s credit. Pollard also employs several proven storytelling techniques from time to time to freshen the action. A musician as well as writer, Pollard peppers the book with references to musical terms, and even gives the reader a sense of the mix of musical modes that underpin Renard’s destructive music.

The book could have used one more wave of editing, because some syntactical errors and word misuses remain, and the font style changes for a minute, but the book is sufficiently readable that the errors do not distract from the overall narrative. It would also have made the story even more interesting had Pollard written some uneven behavior into Jeremiah’s personality and given Renard some redeeming qualities. Nevertheless, music ministers and church music enthusiasts alike will find Hell in the Choirstand an entertaining read and an instructive modern-day parable about how music can be used to uplift the soul or damn it to despair. 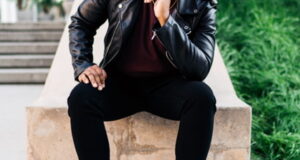